The Consumer Goods Forum (CGF) is pleased to announce that Paul Lalli, Global VP, Human Rights, at The Coca-Cola Company (TCCC) has been appointed Manufacturer Co-chair of the CGF Human Rights Coalition – Working to End Forced Labour (HRC). Paul takes on the role that was previously held by Brent Wilton, his predecessor at TCCC. His appointment as Co-chair has been effective since February 2020, joining the HRC’s Retailer Co-chair, Veronika Pountcheva, Global Director of Corporate Responsibility and Senior Vice President, at METRO AG. 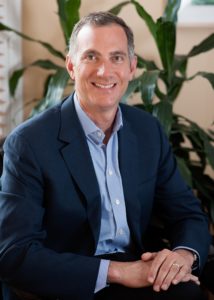 Paul came to TCCC after 18 years with the General Electric Company (GE), where he led the Company’s global human rights program, ensuring regulatory compliance, developing policy and training, and supporting oversight of GE’s ethical supply chain program that conducted over 2,000 supplier audits a year. Paul was also responsible for overseeing GE’s US labour relations and leading compliance in areas including immigration and contingent labour. Paul served on the Board of the Council on Labor Law Equality (COLLE), the Advisory Board of the Human Resources Policy Association (HRPA), and currently serves on the Advisory Board of the Global Business Initiative for Human Rights.

Commenting on his election, Paul said: “The Coca-Cola Company has been working with The Consumer Goods Forum for many years on the issue of forced labour, and I am delighted to now serve in this leadership role. I come on board at an important time for the Coalition, with the recent release of its forced labour-focused Human Rights Due Diligence Framework. So much has already been achieved, but even more remains to be done to address the systemic drivers of forced labour. With this in mind, I look forward to co-leading the ambitious work that we have set for ourselves to improve the lives of the many vulnerable workers across the globe.”

We welcome Paul in his new role, thank him for his support, and look forward to continued collaboration moving forward.